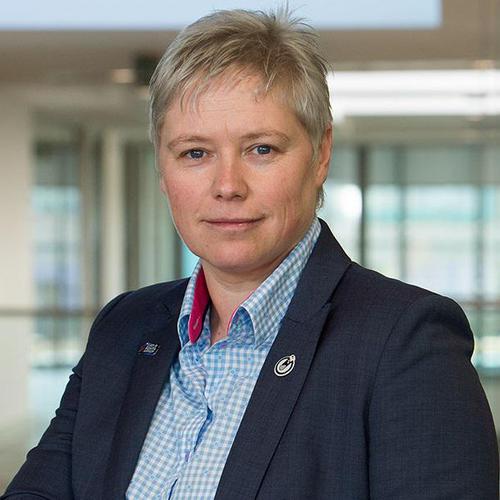 Appointed an OBE in the Queen’s Birthday Honours 2019 for Services to Information Technology and Business.

Gillian Docherty is chief executive of The Data Lab, Scotland’s innovation centre for Data Science and Artificial Intelligence with a mission to help Scotland maximise value from data and lead the world to a data-powered future.

Information Technology and Business. Gillian was appointed Chair of Scotland’s AI Alliance, created to drive forward the recommendations in the AI Strategy for Scotland.

Formerly of IBM, Gillian is a visiting professor at Robert Gordon University, a TED speaker and was named Digital Leader 2018 for the UK.

Gillian was named CEO of the year at the Digital Technology Awards 2017 and was also in the UK’s top ten most influential people in data according to DataIQ.

Gillian is Vice President of Glasgow Chamber of Commerce, a trustee of Beyonder Involve Charity and an Industry advisor to several Startups.

Gillian has a degree in Computing Science from the University of Glasgow, an Honorary Doctorate from Robert Gordon University and is married with a daughter.

By clicking 'Accept', you agree to the use of cookies. To learn more see our Privacy Statement.